Today, I walked past the city building that I walk past each day, and where I went with my landlord to have my lease notarized.  Burned and destroyed. Charred chairs on the sidewalk.  Broken window panes.

I walked past the other two buildings that were burned, one of which is directly across from both a war ruin and a school. Somehow, even though the war ruins here no longer shock me, these buildings did. 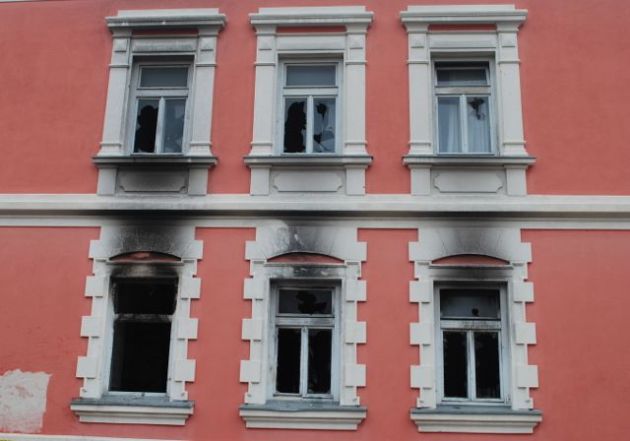 Later, I saw the crowds gathering near the Spanish Square. The crowds included police in riot gear.  People lingered on the corners of the street, and the tension was nearly visible.  Shopkeepers stepped outside of their shops to look. People gathered on the corner seemed to be waiting for something. One woman had her two children wrapped in BiH flags. Then a van pulled up, and a group of police in riot gear exited.  People turned, frowned and looked away. Someone was up on the ruin across the street, shooting footage.  As more people walked up  the street, I decided it was time to leave. 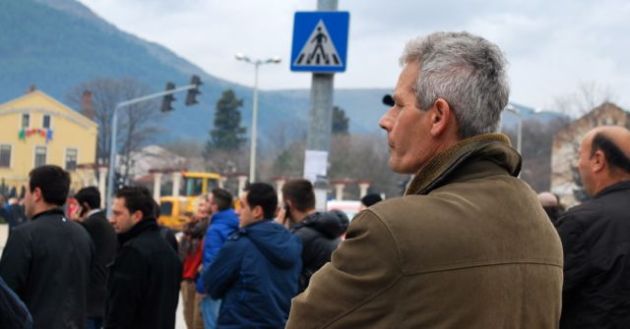 I walked back across the pedestrian bridge, and saw many shopkeepers closing their shops.  On the east side, other people went about their business, shopping , betting, and drinking coffee.